This blog will be issued every Monday, Wednesday, and Saturday morning and updated if the weather is changing or critical or interesting weather events are occurring.

A weak upper level low pressure area has developed over Oregon and will remain there through late Tuesday.  This low could trigger isolated afternoon and evening thunderstorms over Siskiyou and Modoc counties.  The rest of the north state will be sunny/smoky today and Tuesday with slightly above normal temperatures.  Winds will be south to southwest in the afternoon.

The low will lift out late Tuesday and after that we be under a weather pattern like the one shown on the map below.  A low pressure trough will be over western Canada and the high pressure area will have been pushed eastward and weakened.  Wednesday through the weekend Northern California will be mostly clear/smoky with temperatures cooling to near normal by Thursday and Friday.

There is some indication in the longer range models that the western Canadian trough will deepen southward over Northern California early next week. (stay tuned update on Wednesday)

Posted by old forecaster at 9:02 AM 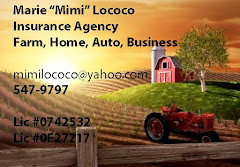